Wheels Through Time Looks Toward 2020 Season 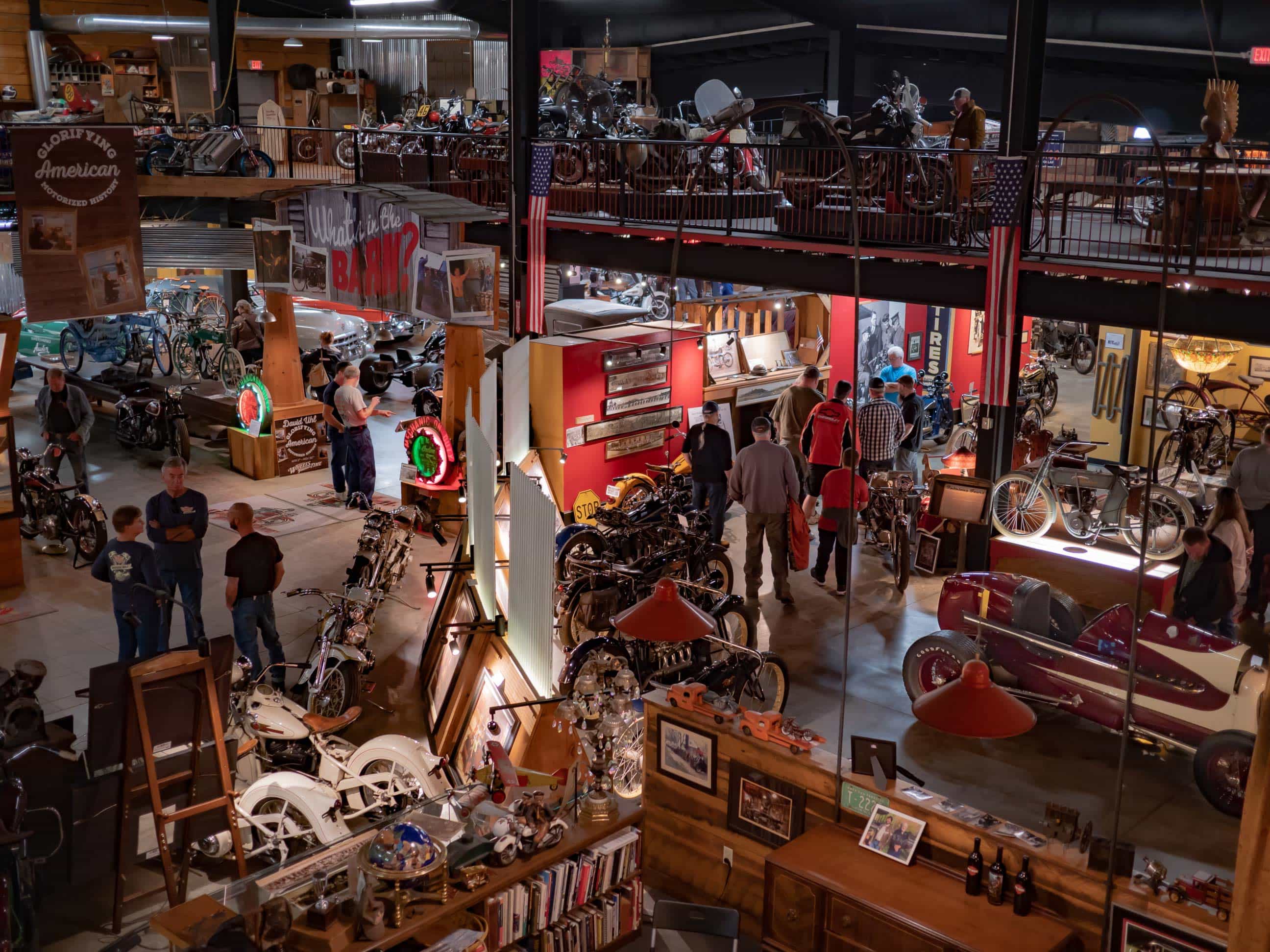 Firing Up a Vintage Machine

In any other year, Wheels Through Time Museum in Maggie Valley, NC, would be well underway into their operating season. The museum, boasting over 375 vintage all-American motorcycles and other American transportation collections, receives over 100,000 visitors each year from all over the globe.
This year though, the month of April has been unusually quiet for a place known as “The Museum That Runs.” As with almost every other business in Maggie Valley and across the United States, concerns and regulations in connection with the COVID-19 virus have left the museum with no choice but to postpone their opening day. “It’s been discouraging not to see people walking through the door,” said museum founder and curator Dale Walksler, “but we also have a clear concern for the safety and health of our visitors and our employees, so we understand the need to postpone our opening day and also to adjust operations once we resume.”

Walksler made the trek to Maggie Valley in 2002 with the intention of opening a world-class motorcycle cycle museum. When asked why he chose Maggie Valley, Walksler often replies with a smile, “because Iknew you’d come.” There could not have been a better fit for the museum than Maggie Valley and the
Western North Carolina region, with hundreds of thousands of riders trekking to the region each year to ride the seemingly endless backcountry roads that motorcyclists love to travel. Walksler, himself is no stranger to the world of American motorcycles and American transportation history, having appeared numerous times on shows such as “American Pickers” and “Chasing Classic Cars” before headlining his own hit network shows “What’s in the Barn” and “American Restoration.”

The museum’s collection focuses entirely on American made motorcycles, from well-known names such as Harley-Davidson and Indian to more obscure companies such as Excelsior, Thor, Wagner, the one-off Traub, often dubbed the “World’s Rarest Motorcycle” and more. In addition to the motorcycles, there are unusual homemade mechanized creations and one of the nation’s largest collections of memorabilia, accessories, and parts. Walking through the door of the museum, one finds themselves in an experience unlike most museums. Here, you won’t find pristine floors, white gloves, and roped off exhibits. Instead, you find yourself in the midst of what many people have described as “walking into my grandfather’s garage.” The smell of oil, grease, and history permeates the air and pulls you deeper and deeper into the building. The museum isn’t a silent place either with the museum staff walking through and firing up the old vintage machines for guests on a regular basis throughout the day. “It’s just part of the experience,” says Matt Walksler, Vice President of the museum as well as a curator and restorer. “We want people to get the full experience when they come, that includes not just looking at the bikes but being able to hear them run and see what it would have been like to ride these machines.” But, the museum isn’t just for those who are obsessed with motorcycles. The expansiveness of the collection includes hundreds of antiques, transportation-themed collectibles, and items often classed as petromobilia.

Even with the postponement to the operating schedule, the museum staff have still been busy with improvements, restorations, and new displays. Each year the museum selects a new theme for the central area of the main gallery. This year’s exhibit is a celebration of the tenth anniversary of the Motorcycle Cannonball entitled “Motorcycle Cannonball: The Endurance of Man and Machine. Coast to Coast”. The Motorcycle Cannonball is a biannual event that sees antique motorcycles compete coast to coast over a period of 17 days. The event named after Erwin “Cannonball” Baker, who in 1914 was the first individual to set a coast to coast record on a motorcycle. A feat that he would go on to do over 143 times throughout his life. The exhibit will feature over a dozen vintage machines that have competed in the past ten years of Motorcycle Cannonball history and will also be displaying artwork and photography from the industry’s most iconic artists.

The museum is entirely funded each year by admissions, the generous donations from individuals, and by the museum’s annual motorcycle raffle. “As a museum entirely supported by the public, we would ask those who are passionate about American history and the “American Made” spirit to consider making a monetary donation or entering our motorcycle raffle,” said Walksler. The raffle, started in the first year of the museum’s existence, gives one lucky person each year the chance to take home a classic American motorcycle. The Wheels Through Time Restoration Team restores, to showroom condition, a classic bike each year to be given away to one lucky individual. This year’s choice? A jaw-dropping 1939 Harley-Davidson Knucklehead, trimmed out in black paint with ivory panels and a hand-leafed gold and silver emblem. Tickets for the raffle start at just ten dollars, and you do not have to be present to win. This year the date for the drawing is November 14th. 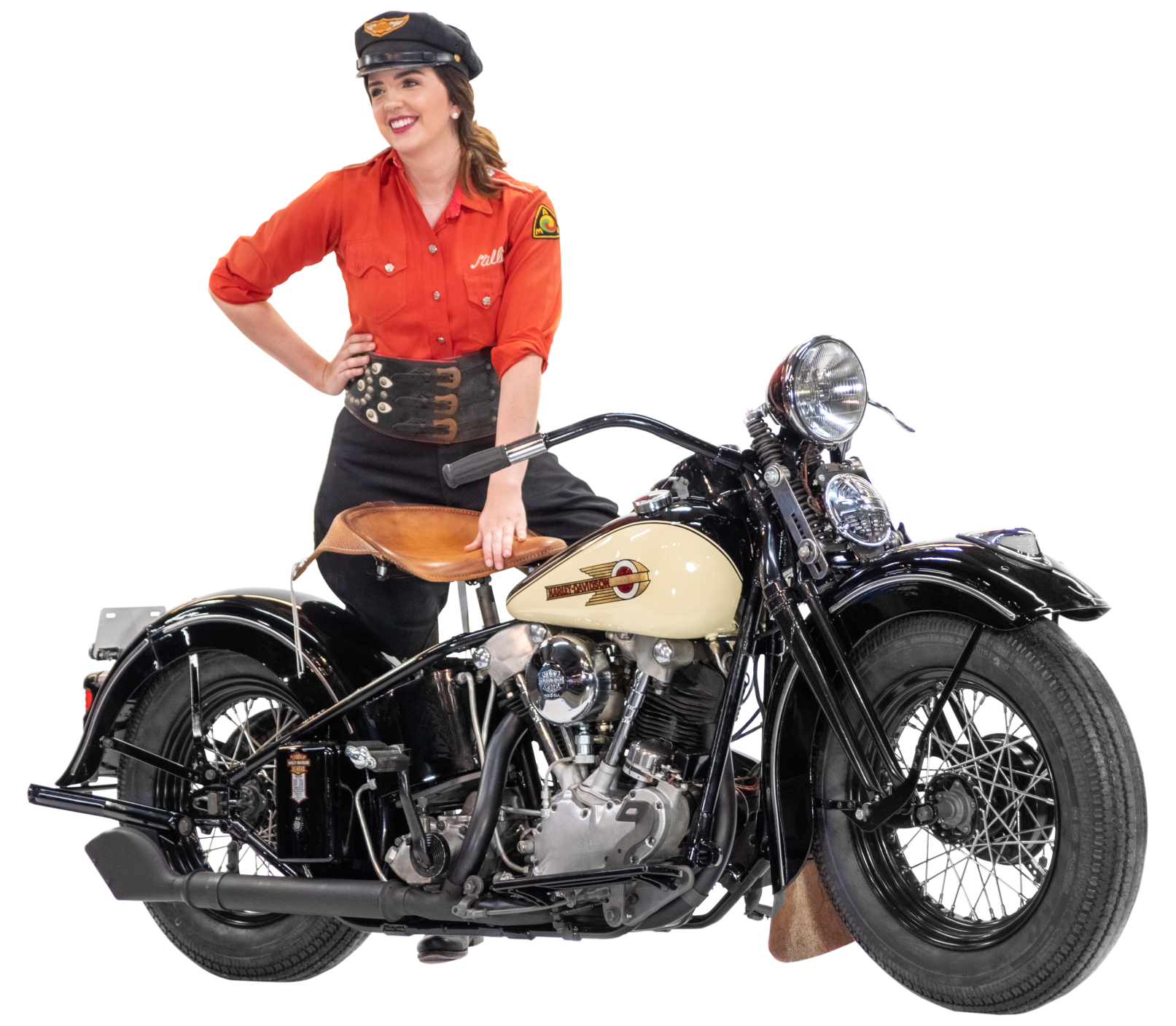 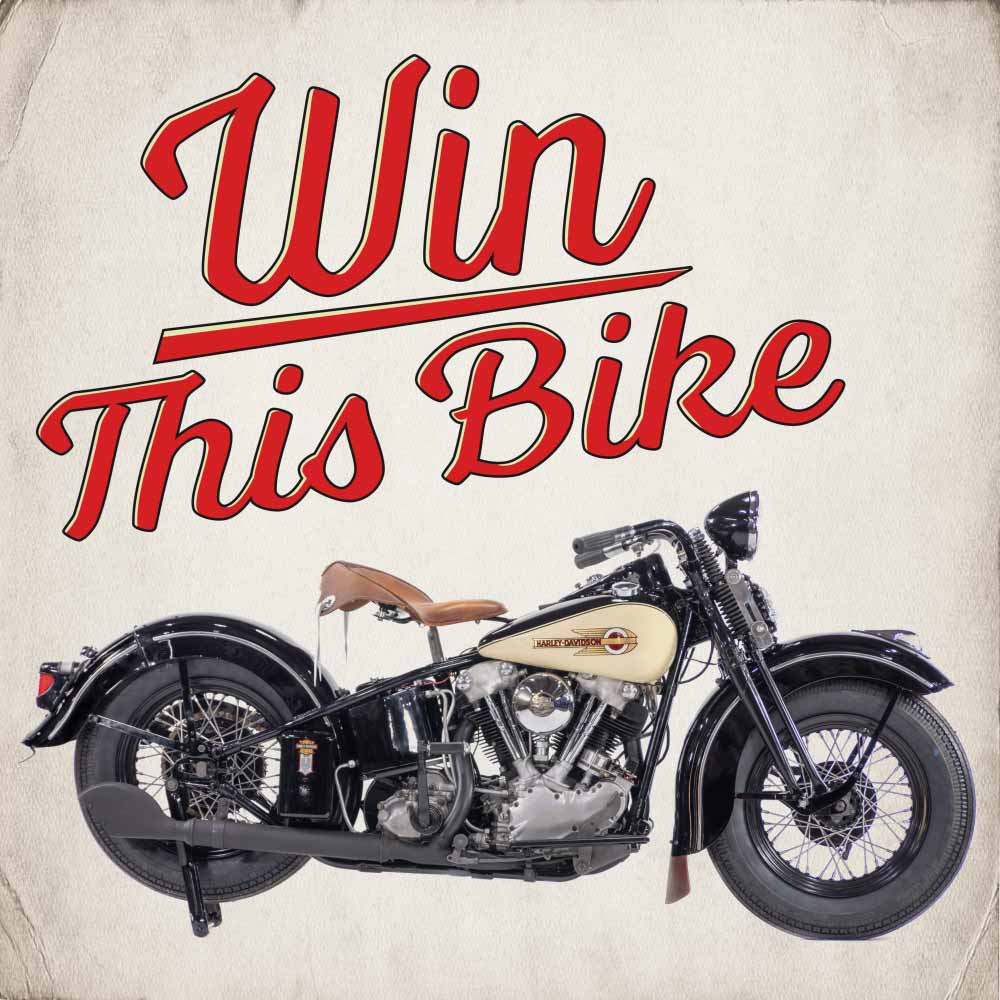 When the 2020 season does get underway, you can be sure you will find Walksler and the rest of the museum staff hard at work, continuing to do what has driven them for the past 18 years, telling the phenomenal story of the American motorcycle. More information about the museum, tickets for the annual raffle, and opening day can be found at wheelsthroughtime.com .