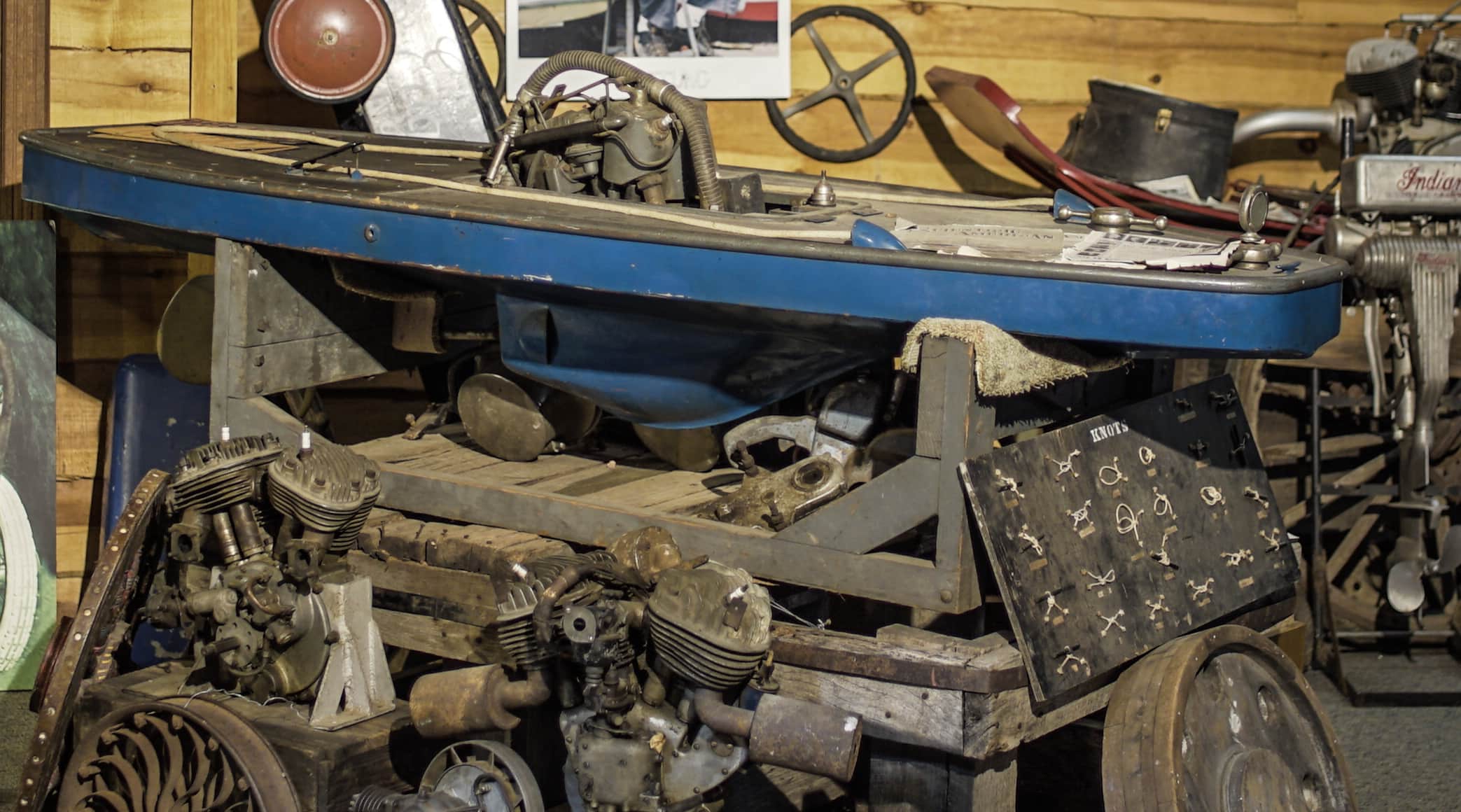 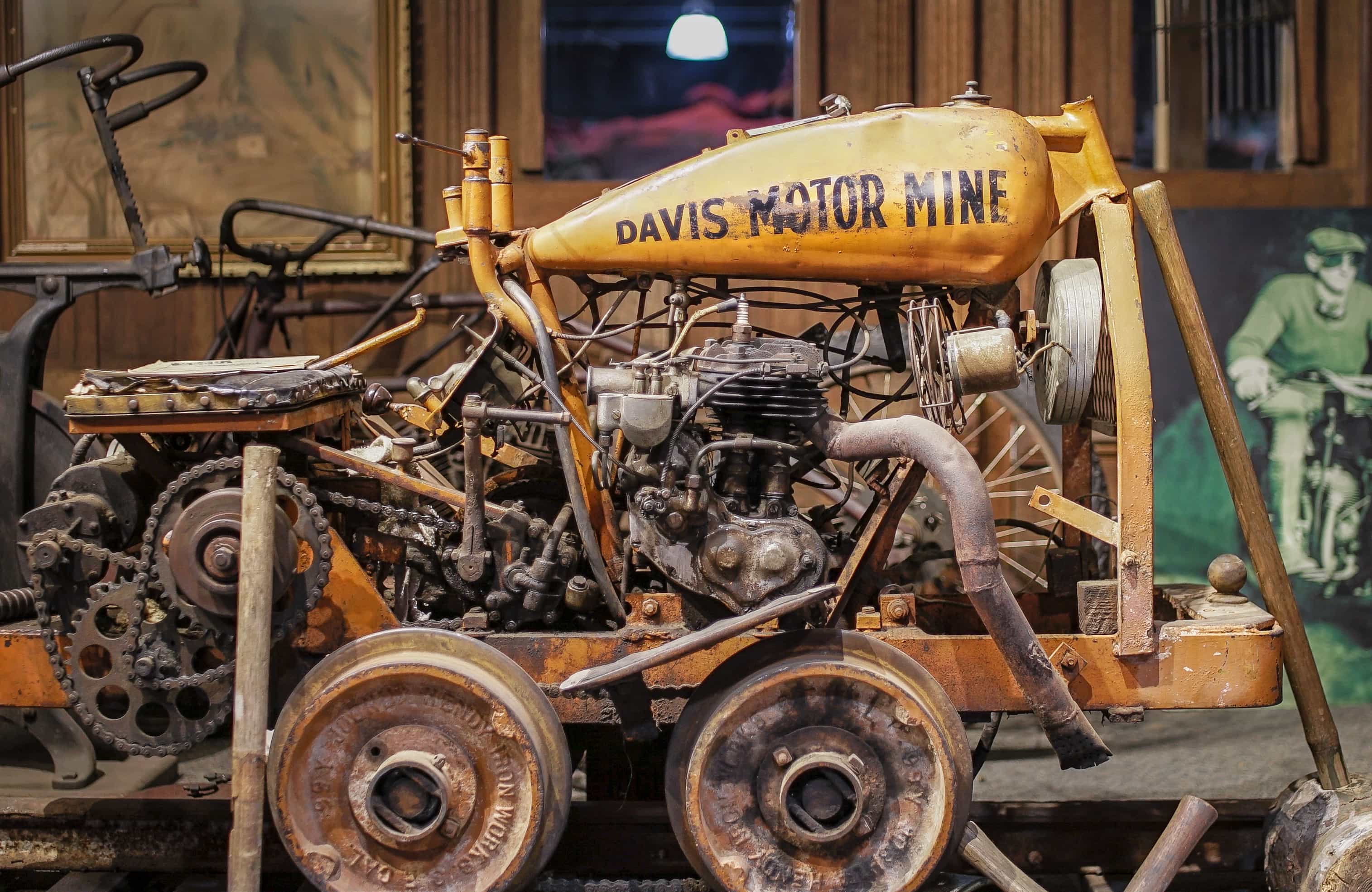 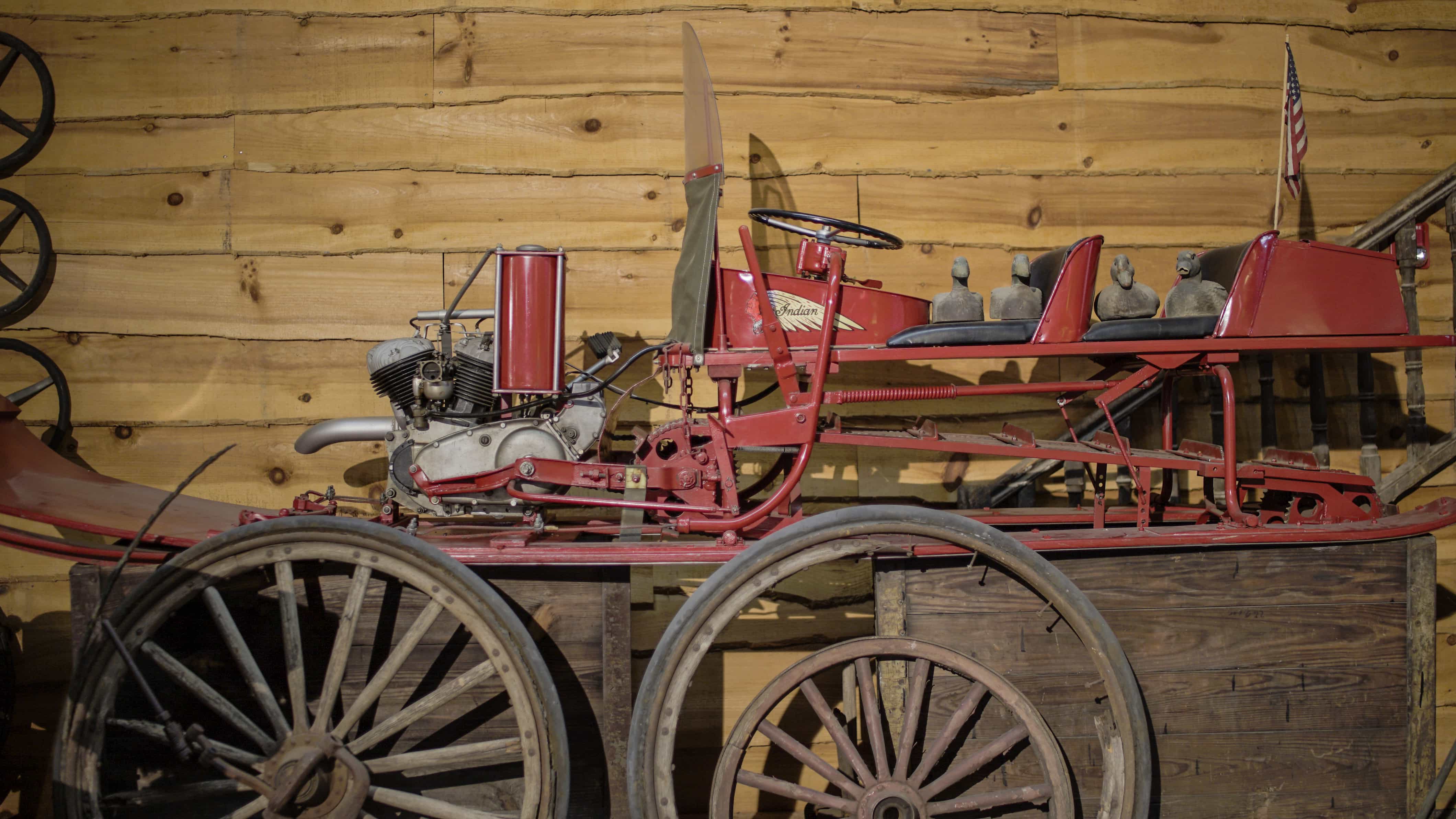 Throughout the 20th Century, various home-made machines were invented within the American garages and shops that used motorcycle engines as well as car engines.  The Wheels Through Time features over 20 machines – from ice-saws to airplanes and everything in between that were home-made, in America.   Fabricating these machines was a feat in itself, but finding the ideal motor to make an Indian Snowmobile rip through the snow at over 40 mph is an engineering masterpiece with respect to it’s era.  This is just one example of many that you can see on display at Wheels Through Time