The Board Track era of America ran from 1908 to approximately 1929. There were dozens of tracks across America that touted high banks and were up to 2 1/2 miles around. The term “Board Track Racer” also referred to the same version bikes that were raced on dirt tracks. 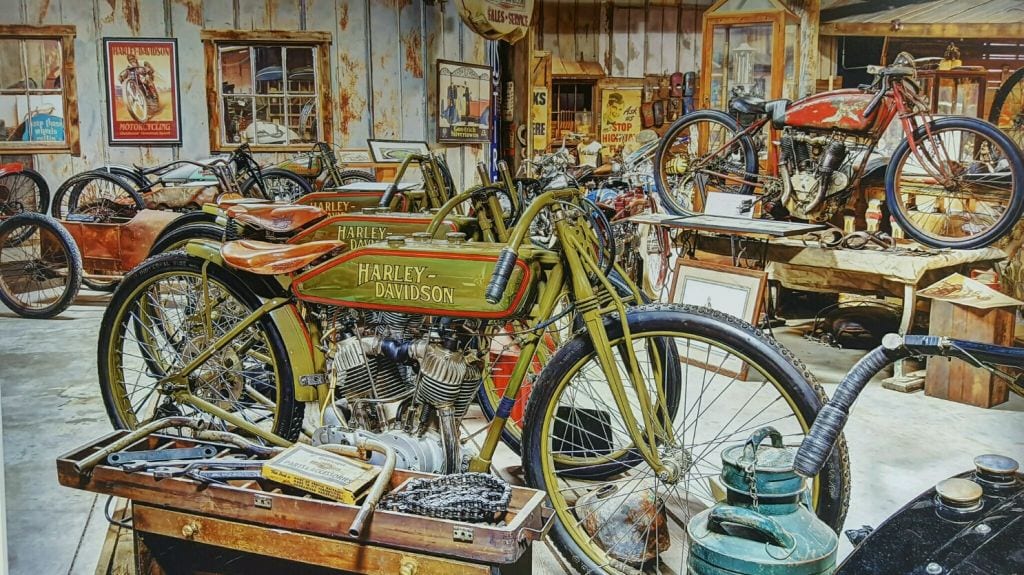 The first Board Track built for motorcycle racing opened in 1909 in Los Angeles. The Los Angeles Coliseum motor dome was a little less than a third of a mile in circumference.  Nevertheless, the new track was nearly twice as long as the bicycle velodromes which had preceded it.

Almost immediately, the spectacle of men hurtling at “break-neck” speeds around the wooden circular track became a passionately attended spectator sport and new tracks sprung up, literally over night, across the land. By 1910, the length of the wooden “dromes” had grown from a third of a mile to as long as a mile in circumference, while the banking had increased from a modest 25 degrees in the corners until 60 degrees became the norm.

Spectators looked down on the track from grandstands constructed above the boards, as the riders lapped the track at speeds approaching 100 m.p.h. Rivalry was fierce, for the race was not only between the daring riders, but also between the manufacturers for the increased sales that were a direct result of victory for their brand. 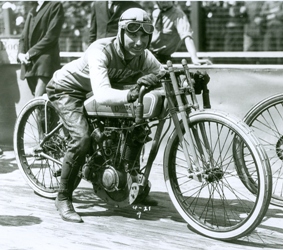 This machine is identical to the record setting machines of George Perry in the heydey of American Board Track racing.

This extremely special one-of-a-kind 750 overhead valve twin board track racer was acquired in 2009. Engine and chassis were found in separate locations. It is most unique and in original condition. Dale calls this his “Million Dollar Motorcycle”.

In 1913, when Harley Davidson hired famed engine tuner William Ottaway, his first attempt at building a racing engine was called the “Model A”. This is one of the only surviving “A” motor racers in existence. Notice the riveted fuel tank, made for long distance racing.

The serial number on this machine indicates it is the first board track bike of its type built in that year. It's also the only known original paint, keystone frame board track racer in the world.