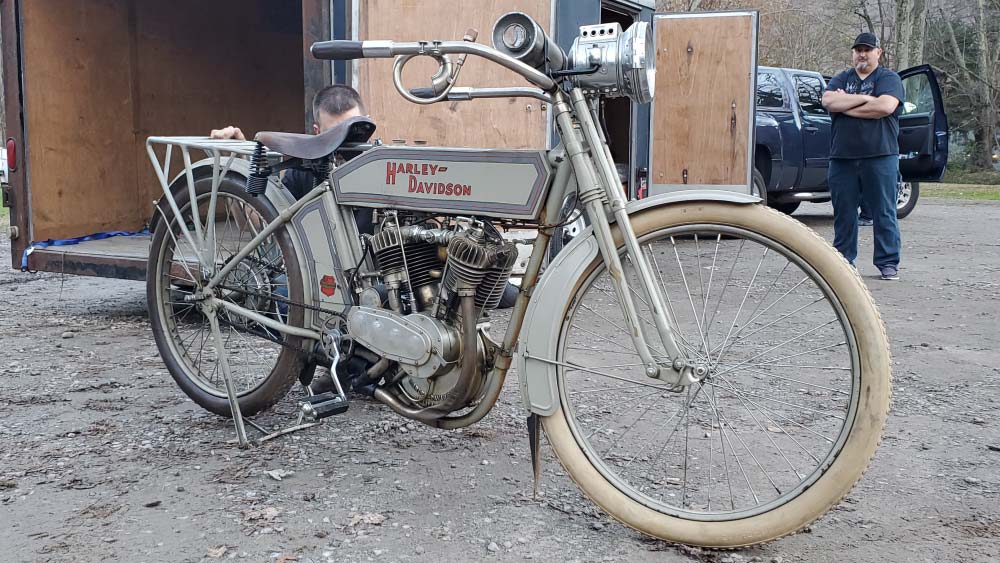 1912 Harley-Davidson Twin – While 1912 marked the second year for a twin-cylinder motorcycle for Harley-Davidson, it was also the debut of their 61c.i. model and the introduction of a rear chain drive, replacing the primitive flat belt they previously used. This example is now the earliest Harley-Davidson twin on display at Wheels Through Time! Watch along as Matt and Ken give an overview of the special history of the 1912 Harley and then attempt to get the machine under power again.