History Thrives at Wheels Through Time! 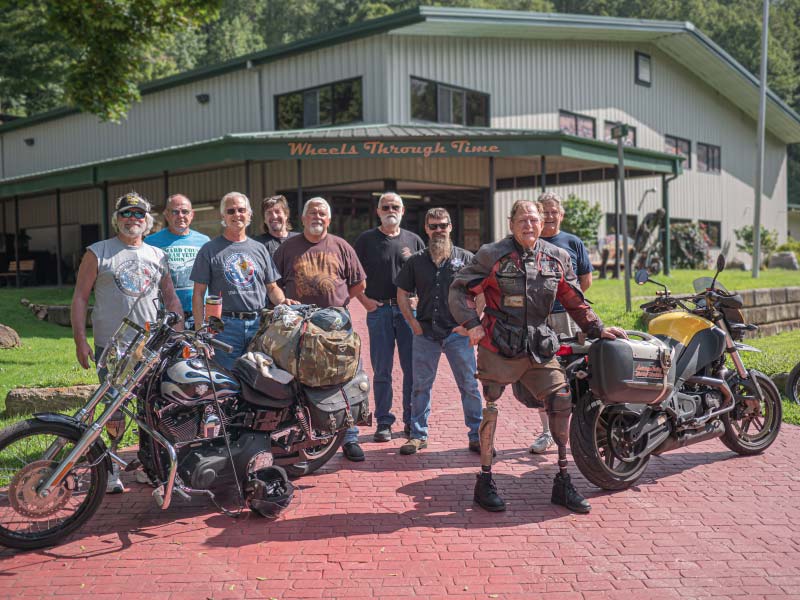 The legendary Dave Barr stopped by Wheels Through Time on his way to a charity ride in South Carolina. Dave is a Vietnam Veteran, double amputee, and holds 2 Guinness World Records. While at the museum, Dave swapped motorcycles, leaving his 2010 Buell Ulysses on display for visitors to see. Dave has ridden this bike over 104,000 miles Coast to Coast and back ten times. We’re proud and honored to display this machine here at the museum.

Dave Barr is a native Californian who rode his 1972 Harley-Davidson around the world. His journey carried him across six continents and took a grueling three and a half years (September 1990 – May 1994) and 83,000 ridden miles to complete. To date, only eighty-nine others have successfully toured the world on a motorcycle, but Dave is the only one to do it on a Harley. If this wasn’t enough of a distinction, he’s also the only disabled person to have accomplished such a feat. Dave is a double amputee who lost both of his legs to a land mine explosion in Angola in 1981. Dave has written and published “Riding The Edge,” a five hundred page book that documents his journey around the world and has also produced a video by the same name.

Deciding he needed yet another challenge, Dave set out on another adventure in the winter of 1996-97. This time he would establish a Guinness Book World Record for his efforts. The journey started at the French coast of the Atlantic Ocean and carried him across Europe, Russia, and Siberia to the Pacific Ocean. If the trip wasn’t enough of a challenging itself, this entire motorcycle adventure was done in the dead of the Siberian winter. The total mileage of the journey was 13,000 ridden miles. 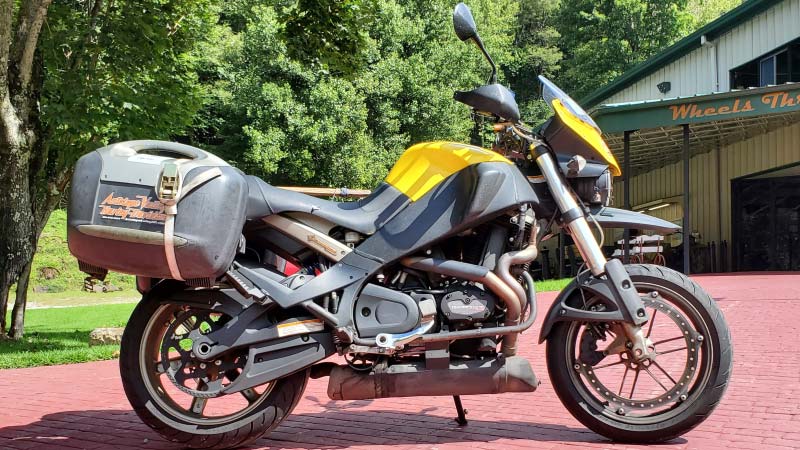 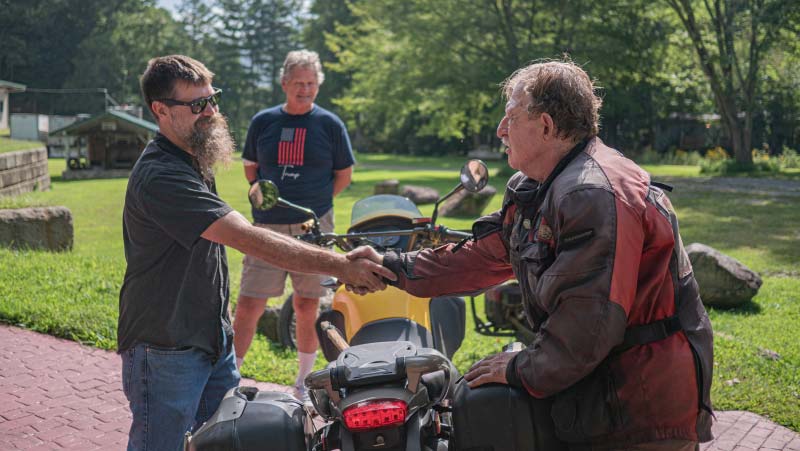 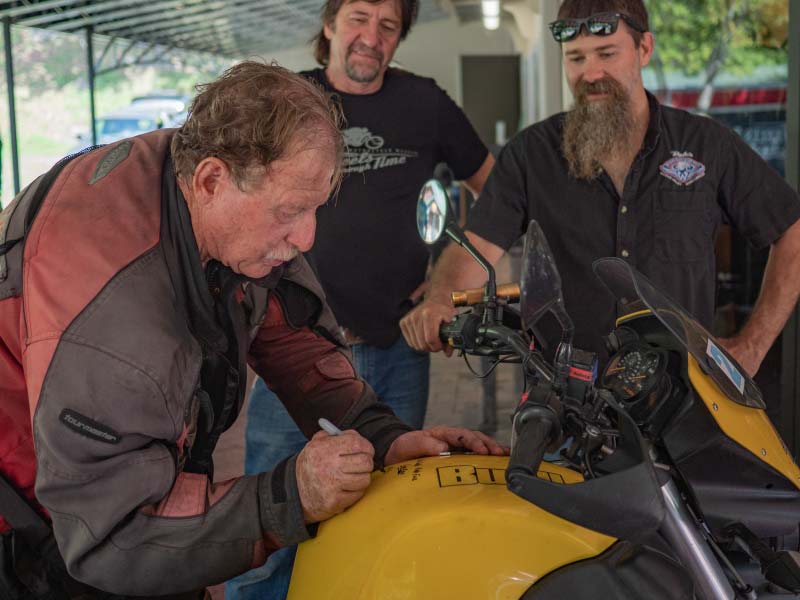 In 2002, he set yet another Guinness World Record for his “Southern Cross Journey,” where he attained Australia’s four extreme points on his motorcycle. A journey of over 10,000 miles in just eight weeks. The reason that no one had established such a record, or even attempted it, was very plain to him: the journey was extremely difficult.

Dave is a hero and inspiration to many, including us here at Wheels Through Time, and continues to inspire while laying down miles across this great country. While at the museum, Dave swapped motorcycles, leaving his 2010 Buell Ulysses on display for visitors to see. Dave has ridden this bike over 104,000 miles “Coast to Coast” and back ten times. We’re proud and honored to display this machine here at the museum.