Find out who won the 1948 Harley-Davidson Panhead 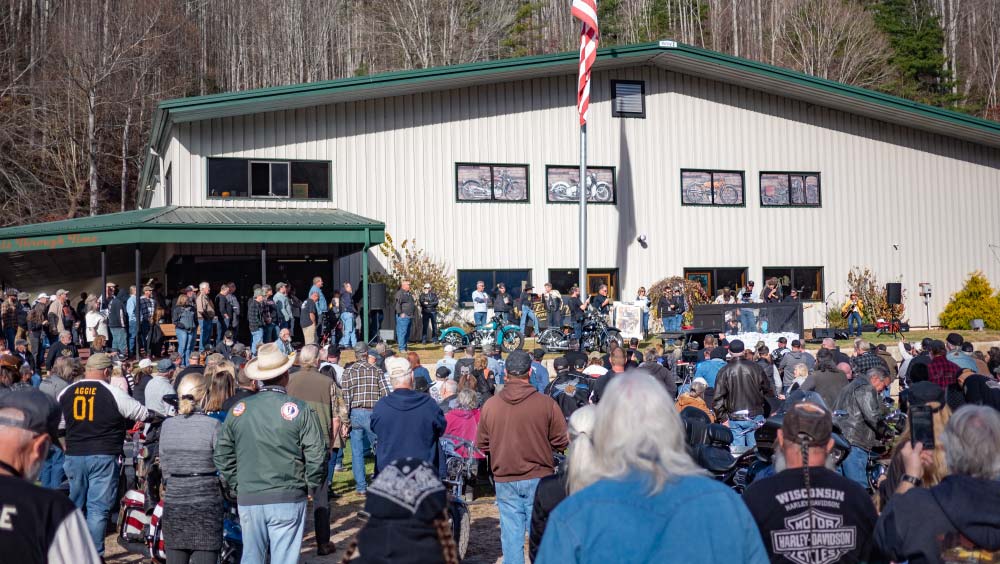 Dale’s Wheels Through Time, home to America’s premier collection of rare and vintage American motorcycles, held its 19th annual Raffle Day on November 20. Each year, the museum finds, restores, and then gives away a classic American motorcycle through its annual raffle, the nonprofit’s biggest fundraiser. The raffle, started in 2002 by the museum’s founder Dale Walksler, exists to help sustain the cost of operations and to ensure the mission of preserving American motorized history continues for generations to come.

Walksler started Wheels Through Time museum while still a Harley-Davidson dealer in Mt. Vernon, Illinois. When he sold the dealership in 1999, he began to look for a location to open a stand-alone museum dedicated to preserving American transportation history and finally settled on the current site in Maggie Valley, North Carolina.

This year’s raffle bike was a 1948 Harley-Davidson Panhead. The Panhead, considered to be a “milestone machine,” is one of the most popular and recognizable bikes ever produced by Harley-Davidson. The bike marked the last raffle bike that museum Founder Dale Walksler had personally restored.

The day’s events were dedicated in memory of Walksler, who passed away earlier this year after an extended battle with cancer. “It’s been a year filled with mixed emotions. The loss of our founder, my dad Dale Walksler, has continually been on our mind, coupled with the amazing support of all of our visitors throughout the year. I know he would be so proud and excited to see all the people here today and for the record-setting year we’ve had at the museum,” said museum Vice-President and Curator Matt Walksler. 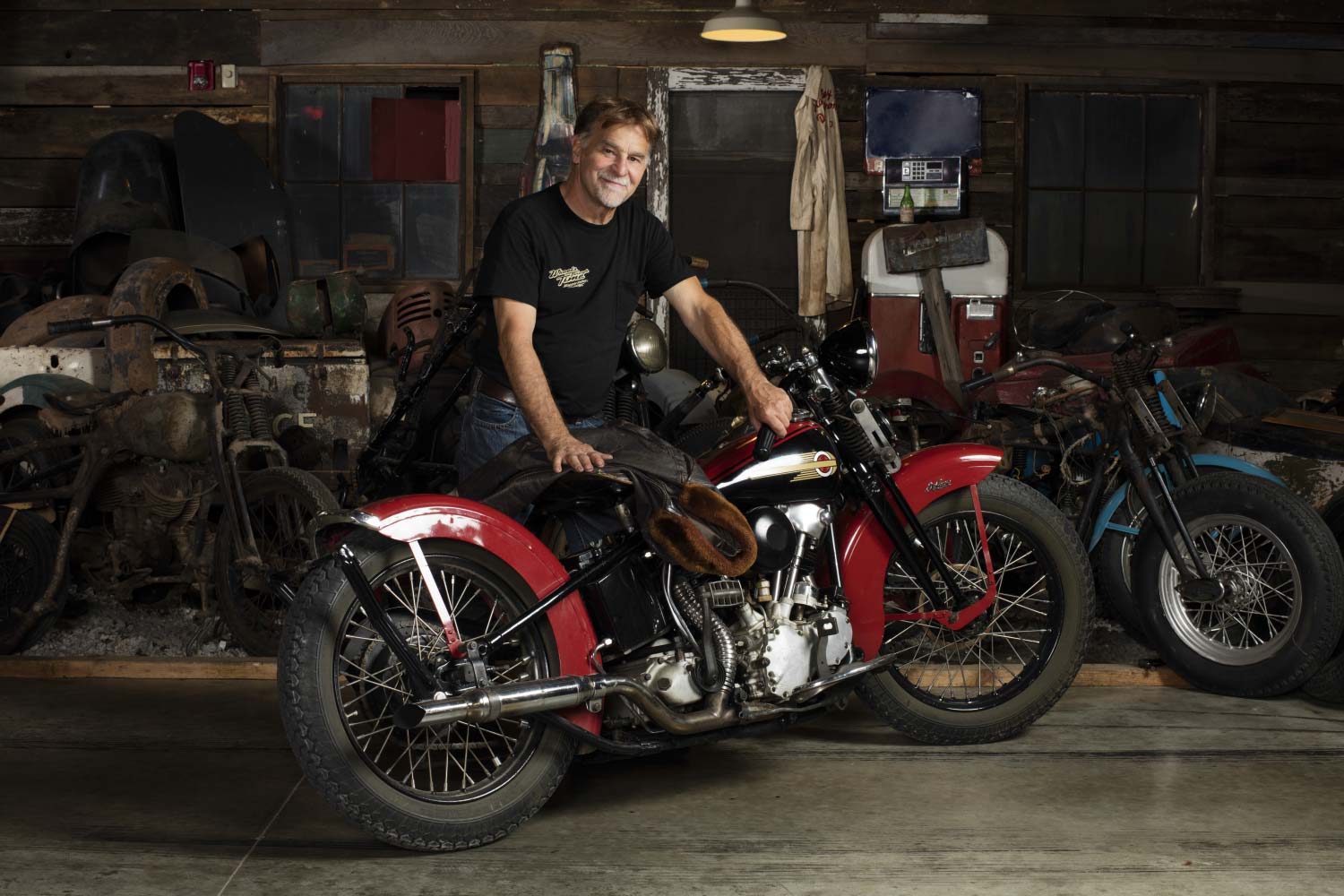 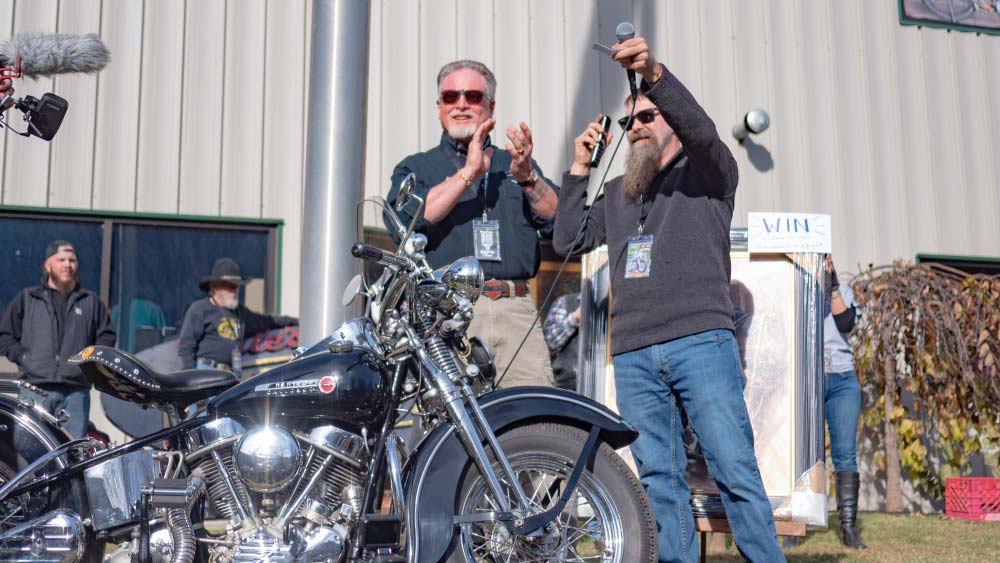 And The Winner Is…

As the drawing time drew closer, the crowds that had spent the morning perusing the vast collection of bikes inside the museum made their way out to the front lawn to see who the lucky winner would be.

At 2:00, emcee John Gustafson greeted the crowd as a young boy named Henry was lowered into the back of a converted Ford Model AA Pickup that served as the container for the tickets. After a quick stirring of the tickets, on the count of three from the crowd, he reached in and pulled up one slip of paper that would instantly change someone’s life. The ticket was handed to Matt, and he read off the name, Todd Campbell of East Palestine, OH. Campbell had visited the museum back in 2015 and said he buys the “Best Deal” raffle ticket package every year. An avid rider, the 1948 Panhead will be his sixth motorcycle.

After the Grand Prize drawing, Henry pulled two more tickets for second and third place prizes. A second-place prize of ten thousand dollars went to Sharon Crickmar of Raleigh, NC. She and her husband Glenn visited the museum a few years ago, fell in love with it, and said they always spread the news about Dale’s Wheels Through Time. They each buy the “Better Deal” package every year. The third-place prize of five thousand dollars went to Rex Gore of Miamisburg, Ohio. Rex and his wife have visited the museum several times and buy raffle tickets each year. This year, they purchased the “Better Deal” as well.

The day was a perfect completion to the museum’s 2021 season, which had seen record-setting attendance each month. The museum also unveiled their raffle bike for 2022; a stunning 1937 Harley-Davidson Knucklehead finished in a one-year-only color, Delphine Blue striped in Teak Red with hand gold and silver leaf tank badges.

The museum will reopen for its 2022 season on April 7, 2022. In the meantime, for more information about the museum or to purchase raffle tickets, head to www.wheelsthroughtime.com